Is Your Building Framing Hurting Your ROI? 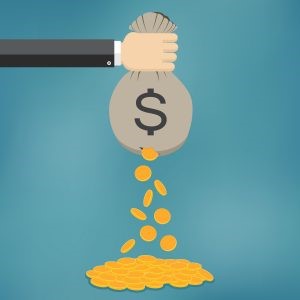 A code-compliant insulated building envelope – roof, wall, subfloor and quality fenestration – typically results in a heat resistant, well-constructed building that requires less cooling and heating to keep occupants comfortable. However, did you know that without addressing one additional component, you are still dealing with about 30% heat loss through the envelope?

Thermal bridging within a building’s envelope is a key item that lends to increased operating costs.  Thermal bridging is the movement of heat from one space to another through an object that is more conductive – a material that bridges the temperature gap between exterior and interior spaces, and vice-versa. Generally, heat always travels to colder areas through the second law of thermodynamics. Any break or penetration in the envelope is susceptible to creating a thermal bridge, along with the opportunity for moisture and air infiltration. Common areas that need protection against thermal bridging include junctions between the wall, floor and roof, framing around windows and doors, and around any penetration for cables and pipes.

Even in a 2×6 @ 16 O.C. wood frame with R-21 insulation to Quality Insulation Installation (QII) standards, thermal bridging can de-rate the insulation R-value to R-17.5 (-17%), as listed in the ASHRAE Handbook of Fundamentals. In an insulated metal wall, not addressing thermal bridging can result in an energy loss of over 50%. The lowering of R-value not only affects the energy efficiency of the building; it can also create occupant discomfort.

Thermal bridging can also increase the level of condensation within the wall assembly by allowing more air (and moisture associated with it) to infiltrate, leading to hidden mold and rot which both contribute to poor indoor air quality (IAQ) and structural failure. Condensation occurs when temperatures drop below the dew point- the temperature at which water in the air condenses into a liquid. To illustrate, assume an occupant in Los Angeles sets their thermostat to 72°F in November (which has an average relative humidity of 42%). If temperatures outside fall below 47.6°F, condensation droplets will form as heat from the interior space reaches the cold surfaces inside a wall leading to the exterior.

Since thermal bridging does occur at the framing, and whether you’re using conventional or OVE techniques, consider applying strips of insulation over studs (about ¼” thick) between the stud and exterior sheathing, which can increase the wall assembly R-value up to 40% without major design changes. Keep in mind that applying strips of insulation at each stud is not typically modeled in the energy software, nor would effort typically be put into modeling it unless the project was targeting a high-percentage of energy performance. However, similar to a mid-rise residential project applying QII verification and a roof radiant barrier which are not credit options, the true energy envelope efficiency exceeds that which was modeled. That said, whether you’re working on your first or 100th building project, consider thermal bridging reduction techniques to help get you closer to reaching your actual energy efficiency goals.