SITES – The Importance of Landscape Architecture 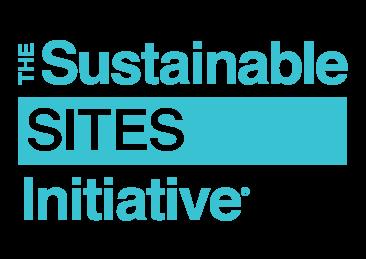 On Tuesday, August 1, 2017, the USGBC conducted their second SITES Quarterly Call. The SITES team introduced Christian Gabriel, a member of the ASLA and the National Design Director for Landscape Architecture for the U.S. General Service Administration’s (GSA) Office of Chief Architect in Washington, D.C.

Since Gabriel joined the team, the GSA has focused on acknowledging the benefits of landscape design. In most cases, landscape and site design are an afterthought, indirectly addressed by other disciplines and falling short of their true potential. Thus, the GSA has shifted to a more holistic approach that places value on a more robust landscape architectural design that can be incorporated into any project.

As Gabriel mentions, even a maintenance project can be an opportunity to begin addressing open space, streetscapes, and plazas in commercial, residential, and educational/institutional buildings, all of which can earn a SITES certification. For example, the plaza area at the Javits Federal Plaza project in New York City began as a waterproofing project, but it quickly began addressing the redesign of the plaza in front of the building. In essence, a landscape architect and SITES certification can be incorporated into projects as large as the U.S. Coast Guard Headquarters in Washington, D.C., or as small and with a different type of ecoregion, such as the Domenici Courthouse in Albuquerque.

Overall, Gabriel emphasized the role of a landscape architect in major projects moving forward, not just for aesthetic and security reasons, but to treat storm water, sequester carbon, and produce electricity. Furthermore, although SITES applies only to new projects (i.e. any building constructed within the last two years) and many times is not economically feasible for small scale projects, following the SITES guidelines can be beneficiary.

For more information about SITES and their certification system, click here: SITES Certification