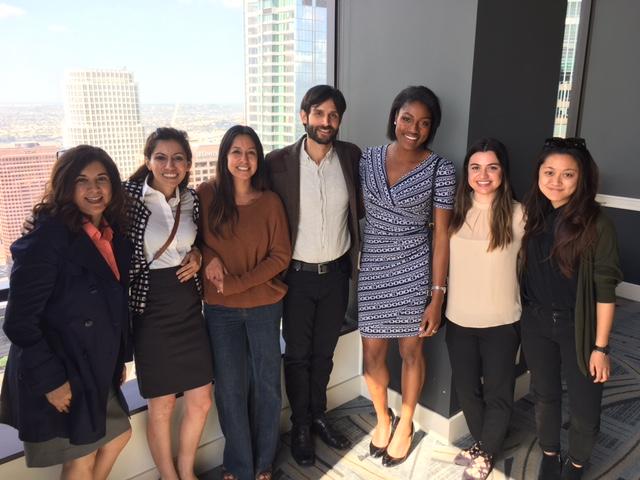 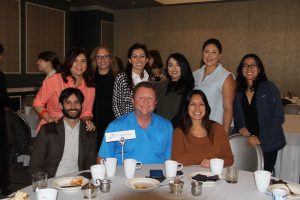 On April 14th, 2017, USGBC-LA hosted “Women in Green,” an event highlighting powerful female leaders in our community. The panel consisted of three women who focus on protecting civil rights in both the workforce and living amenities.

Jackie Cornejo, a research and policy analyst for the Construction Careers Project, started her career by organizing food access and tenant right issues. Born in Los Angeles and dealing first hand with struggles the area of Westlake has undergone, Jackie’s research focuses on “how urban policy can be tied to mitigation economic and racial inequities in Los Angeles.” (https://www.laprogressive.com/author/jackie-cornejo/)

Shane Murphy Goldsmith is president and CEO of Liberty Hill Foundation, a group that has earned its reputation through social justice movements. The group was founded in 1976 and since then has “changed policies, launched social change movements, transformed neighborhoods, and nurtured hundreds of community leaders who respond to the experience of injustice by fighting for their rights.” Earlier in her career, Shane was the executive director of PATH Ventures, an affordable housing development agency and a community organizer that fought for economic injustice in low-income communities of color in Los Angeles. (https://www.libertyhill.org/shane-murphy-goldsmith)

Though many of the attendees expected a USGBC discussion to focus on green buildings, the event was more human scale. The panel discussion covered labor rights, civil liberties, and community support- all things that need be addressed before or simultaneously to infrastructure development. Key points included: (1) Worker Protection – both physical/mental and from immigration exploitation and vulnerability; (2) Educating communities to support affordable housing development in their areas; (3) being part of civil movements to make a change; and (4) a brief discussion on food accessibility in low-income areas.

Raised in Westlake area myself, a community between Echo Park and Silverlake, I relate to some of the issues discussed- affordable housing, food access and gentrification impacts. Within the last 5 years I’ve seen how the area has been replaced by young professionals, higher rents, and overpriced coffee shops. Although the community is improving due to new development, it is at the expense of lower class families, in some cases, elderly. The end result is the struggling families are relocated to southern and central Los Angeles neighborhoods; areas that desperately need support.

All in all, the event was a push for many who already want to get involved. It reminded us that as leaders in the built environment, it all begins with educating our clients – both socially and environmentally.